Special guests:
Mick Green on Shakin’ All Over
Q Tips: Brass on Lucille, Ain’t That A Shame, Blueberry Hill

Last but not least:
With love and thanks for brass arrangements and musicianship on Red Feathers, Lucille, Ain’t That A Shame, Blueberry Hill (great solo Al), Poetry In Motion: Alan Wakeman

Special thanks to Rob and Ray for all the overtime

This album was something of a mystery to me when I first bought it. I came across a copy of the CD during a record fair in Blackpool. Unfortunately the sleeve gave no details at all and although I was convinced that Rob and Ray were there, I wasn’t sure. Thanks to Neil Tummon and Martin Peters I now have the missing details which I have added here.

Just how this fits in to the Mud story I’m still unlear about. Mud had split before it was recorded in 1982. Why they got back together for this recording I just don’t know.

As it features three of the original band it must be considered an official Mud recording, but the lack of original material is something of a disapointment. All the tracks were origianlly hits in the late 1950s or early 1960s and the quality of the musicianship and vocals is as good as ever.

Not one of my favourite albums, but it does contain several excellent recordings.

The album has been re-issued several times under slightly different names. The most recently available contains only 16 of the original 20 tracks. 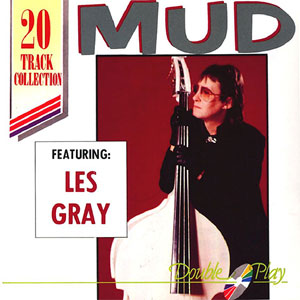